Today, the Middle East is the largest consumer of agarwood products. The oil is a principal ingredient in 400 fragrances. Oudh wood chips are used in rosary beads and necklaces, incense, powders, and green tea. Incense is used to perfume clothes before prayer, and wood chips are burned to welcome and honor guests. Efforts to create a synthetic substitute for oudh have been unsuccessful. Thus, authentic oudh continues to attract high prices and high demand.

The trade volume of unprocessed agarwood has been estimated at 6,843 metric tons for 1993–2003 in Taiwan (www.gaharuonline.com), quoting TRAFFIC, a wildlife non-government organization recognized by the International Union for Conservation of Nature, and Convention on International Trade in Endangered Species of Wild Fauna and Flora sources). Much of this wood, which varies in price from US $3,000 to $30,000 per kilogram, is used for Chinese medicine.

Unprocessed agarwood pieces range from $320 to $22,700 per kilogram, with the highest quality fetching between $9,000 and $272,000 per kilogram. The key port for this trade is Hong Kong, which in English means “Fragrant Harbor,” indicating the historical importance of this port as an incense-trading hub.

The essential oil is extracted from the heartwood by hydro, steam, and carbon dioxide distillation. An 80-year-old tree can produce just 6–9 kilograms of agarwood oil. Steam distillation is the most popular mode of extraction: the wood is converted first into chips and then cooked in a still to remove the oil. The first distillate is the purest and most expensive. The oil is kept pure or blended with cheaper essential oils like carnation, sandalwood, geranium, and alcohol.

According to Traditional Chinese Medicine, agarwood is rated among the top ten Chinese herbal medicines. It works on three meridians: the kidney, spleen, and stomach. In ancient China, the plant was used to treat digestive problems. It was considered to be an antioxidant. In combination with Radix aucklandiae root, Lindera strychnifolia root, immature bitter orange, and other herbs, it was used to promote circulation of qi (life force). Qi flows through 12 meridians on each side of the human body. Meridians can be equated to a three-dimensional network of energy flows connecting various organs and pressure points of the human body.

In Ayurvedic medicine, agarwood heartwood is used in popular formulas such as Chavanprasha, Arimedadi Taila, and Mahanarin Taila. These formulae are used as a cardiac tonic, general tonic, carminative, refrigerant, and to treat sexual disorders. 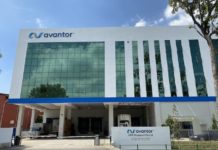 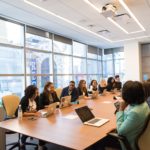 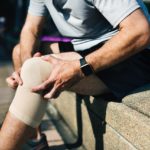 Did You Know About These 5 Most Common Bone Fractures?

Rover Jones - May 14, 2021
0
Did You Know About These 5 Most Common Bone Fractures? | Bone fractures are incredibly common. In fact, about 6.8 million Americans break a... 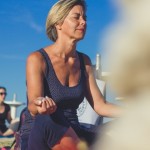 5 Ways to Manage Extreme Stress While Achieving a Goal

Cris Delle - September 8, 2016
0
By: Ana Margarita Olar| Vigorbuddy.com Stress is our ultimate "frienemy" when it comes to achieving our goals. Failure to handle extreme stress can drain us.... 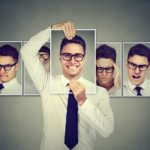 4 Ways to Manage Your Anger

Cris Delle - August 5, 2021
0
Vigorbuddy.com | 4 Ways to Manage Your Anger | Statistics say that America is angrier as a nation, than ever before. However, anger usually has very personal... 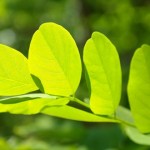 Cris Delle - July 7, 2016
0
By: Ana Margarita Olar| Vigorbuddy.com The use of alternative herbal medicine is deep-seated in the Philippine's tradition and culture. Studies from the National Science and...