Cymbopogon citratus is a frost-sensitive perennial with rhizomes and tapering grass-like leaves that grow up 45–60 centimeters long and 10–20 mm wide. It is native to India, Sri Lanka, and the islands of southeastern Asia.

Today, India is the major producer of lemongrass oil, with nearly 80 percent of the total annual production of 600 metric tons. The main buyers are the United States, followed by Japan and Europe. As its use in medicine, food, fragrances, and cosmetics increases, cultivation of the species has expanded to Latin America and the tropical state of Florida in the United States.

Biblical scholars, such Zohary (1985), Duke (2010), and Jensen (Danish 2004, English translation 2012), have suggested another species, Cymbopogon, as the true sweet calamus mentioned in the Bible. This species is still found in India, Africa, and Iraq, who exported it to the Mediterranean region during Biblical times. Because Cymbopogon is a skin irritant, it seems an unlikely ingredient in the Holy Anointing Oil.

However, Cymbopogon species are popular spices in southeastern Asian cuisine, and the grass and essential oil extracts are used in Ayurveda and Traditional Chinese Medicine. Although not used in cuisine in Rome or Greece, the essential oil was used in cosmetics and perfumery. It is therefore not inappropriate to consider Cymbopogon as a possible ingredient in the Holy Anointing Oil.

The comic poet Menander called it the most fashionable perfume. A wine that has a concoction of calamus, costus, spikenard, cinnamon, cardamom, saffron, ginger, and other herbs is also referred to in literature of that time. However, the connection between Cymbopogon species and the calamus mentioned in the Bible has not yet been established.

Many popular spices in Israel, Egypt, Greece, and Rome up to the fall of the Roman Empire came from the spice-producing regions of Asia. Adulterating these commodities with low-cost fillers was common. For example, cinnamon was adulterated with cassia, and Arabian frankincense was mixed with that from Ethiopia and India. Thus, perhaps calamus was produced from both A. calamus and Cymbopogon species. 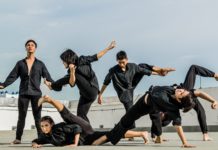 5 Benefits of Martial Arts Training for Your Health

What is Kratom? An Introduction 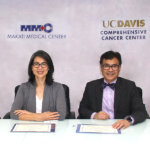 MakatiMed Partners with Top US Hospital to Advance Cancer Care

Cris Delle - May 27, 2019
0
As Makati Medical Center celebrates its 50th Anniversary this year, the premiere hospital continues to drive advancement in medical care in the country by forging a partnership... 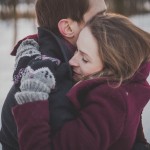 What to Expect When You’re In Love 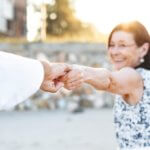 A Guide to Healthy and Happy Aging

Cris Delle - October 18, 2016
0
By: Ana Margarita Olar | Vigorbuddy.com Pregnancy brings changes in your body. This can affect your lifestyle and your eating habit as well. One way to...

Rover Jones - November 10, 2019
0
4 Tips for Hairdressers to Keep Clients Happy | Starting a new hairdressing business? Once you've got everything settled and ready for clients to...