Despite the many advancements in modern health care, people are increasingly looking for natural ways to stay healthy. An important part of this return to tradition is the growing consumption of herbal supplements to improve overall health. The Saw Palmetto is first in a long list of herbal supplements in today’s market. You can order Saw Palmetto online or from select pharmacies.

What is Saw Palmetto?

Of the many plant-based remedies available, the supplement obtained from Saw Palmetto stands out in popularity and effectiveness. The plant is a small fan palm found in the warm subtropical area of the Southeastern United States, traditionally used by Native Americans of the Seminole tribe to ease many ailments.

The berries of the Saw Palmetto can be eaten whole or dried or used in making tea. It can also be ground into a capsule or tablet form. Another common form of the supplement is the oil extract. It is obtained from the fatty portions of the fruit after being dried. Depending on the method used, it can contain 75% to 90% fats. Other beneficial substances such as vitamin E and antioxidants are also extracted, giving it a significant advantage over the fresh fruit.

The Uses of the Saw Palmetto

The Saw Palmetto has many health benefits, most of which are related to low testosterone levels. It is believed to prevent the hormone from breaking down and is shown in a 2014 research to increase the levels in sedentary men aged 21 to 70.

Although further studies were recommended, the findings were significant enough to indicate a positive effect on the test group’s hormone profile. It has an important implication on prostate health, which declines as the testosterone level decreases with age.

You can order Saw Palmetto online to manage the symptoms of benign prostatic hyperplasia or BPH, that pressures the urethra and causes discomfort during urination. Many studies in the previous years have failed to substantiate the effectiveness of the Saw Palmetto in alleviating BPH, but evidence has been recently uncovered proving otherwise. An example is the pilot trial in 2013 that showed Saw Palmetto reducing the symptoms of BPH and related sexual problems.

Other people take it to boost testosterone levels in an attempt to improve sex drive and production of sperm in men or egg cells in women. Saw Palmetto could also help slow down hair loss caused by a hormone called dihydrotestosterone or DHT. DHT increases as testosterone decreases, a natural process that comes with aging.

Aside from stabilizing testosterone levels, Saw Palmetto can also help diminish the growth of cancer in the prostate. A study conducted in 2007 shows that it arrests the growth of androgen-dependent prostate cancer cells by dampening receptor signalling. It is commonly taken along with other forms of traditional medicine, especially by patients who do not respond well to modern medicine.

Based on overwhelming anecdotal evidence, Saw Palmetto is effective in alleviating a wide range of minor ailments, including headaches, coughs, colds, and sore throats. Many people also take it to ease the symptoms of bronchitis and ease sleeping problems.

Although some studies have mixed results, there is enough research to show the effectiveness of Saw Palmetto in stabilizing testosterone levels, improving prostate health, preventing hair loss, and maintaining urinary functions. Anyone can order Saw Palmetto online and could personally attest to its potency based on experience. Both scientific and anecdotal evidence point to Saw Palmetto as a promising health supplement that can improve your quality of life.

Author Bio: Emily Stuart is a farmer of words in the field of creativity. She is an experienced independent content writer with a demonstrated history of working in the writing and editing industry.  She is a multi-niche content chef who loves cooking new things. 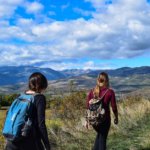 6 Tips for Turning any Vacation into a Wellness Retreat

Rover Jones - October 12, 2018
0
Finally, it's time for vacation. You are packing your favorite workout clothes and getting ready to have the ultimate wellness experience. To help you... 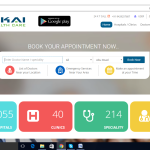 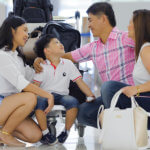 The Medical City Clark: The Only POEA Accredited Medical Facility in Central Luzon

Cris Delle - January 4, 2019
0
Most recently, The Medical City Clark was recognized as the only medical facility in Central Luzon accredited by the Philippine Overseas Employment Administration (POEA)—the... 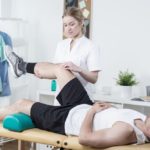 What You Should Know About Physical Therapy Treatments

Cris Delle - August 18, 2021
0
Vigorbuddy.com | What You Should Know About Physical Therapy Treatments | While certain pain management professionals like chiropractors may be well known, not everyone... 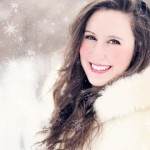 Cris Delle - September 8, 2016
0
By: Ana Margarita Olar| Vigorbuddy.com The air is getting cold and its "-ber" months. It signals that Christmas Season is fast approaching. It is the...

How to invest in employee development for better business